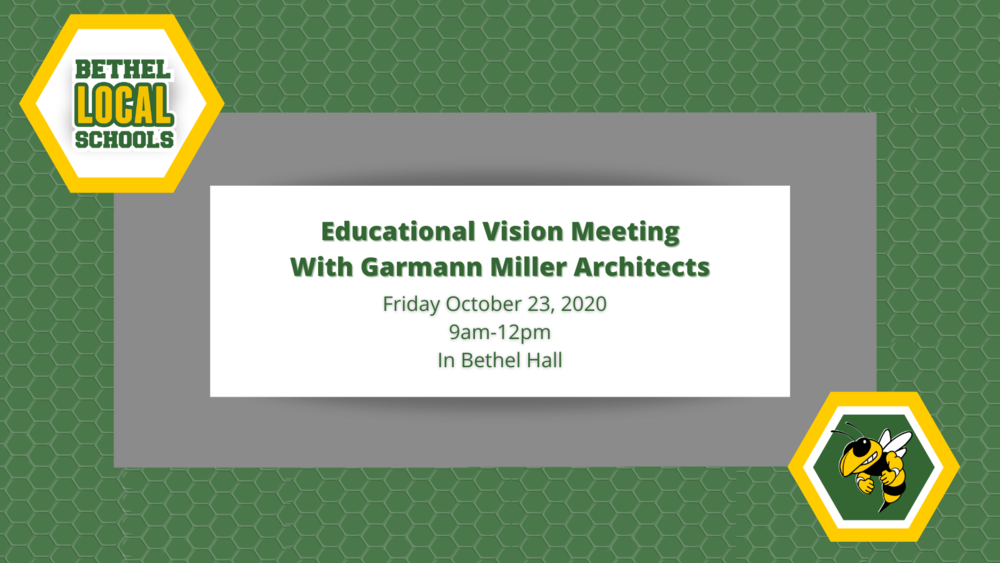 Bethel Local Schools will be hosting the first of three Educational Visioning meetings for the upcoming Building Project and Athletic Stadium.

This in person meeting will be October 23rd (there is no school that day) from 9am-12pm in Bethel Hall.  Staff members have been invited and we want to extend the invitation to parents and stakeholders as well.  In addition,  we will record and post the meeting on the BOE's  YouTube Channel and will release a survey based on the meeting to also gain valuable feedback from those that could not attend in person.

We are trying to accommodate as many different folks as we can to gain feedback through a live meeting and will also release a survey for those that can not attend.